As you will see when you play the free Demo, this game system is easy for anyone to create and yet quite enjoyable.
We are open to imitating the Nexus-system, which is the basis of this game, and to selling games with the same system as TacticalNexus.
Prices will not go down until at least 2027 and will continue to go up.
(In other words, the existence of TacticalNexus cannot be a disincentive to your games in the years leading up to that time.)

We are working hard to ensure that TacticalNexus is a game that is worth its list price in terms of game balance and QoL.
However, we are looking forward to subsequent games that better develop this game, rather than evaluating the game itself. 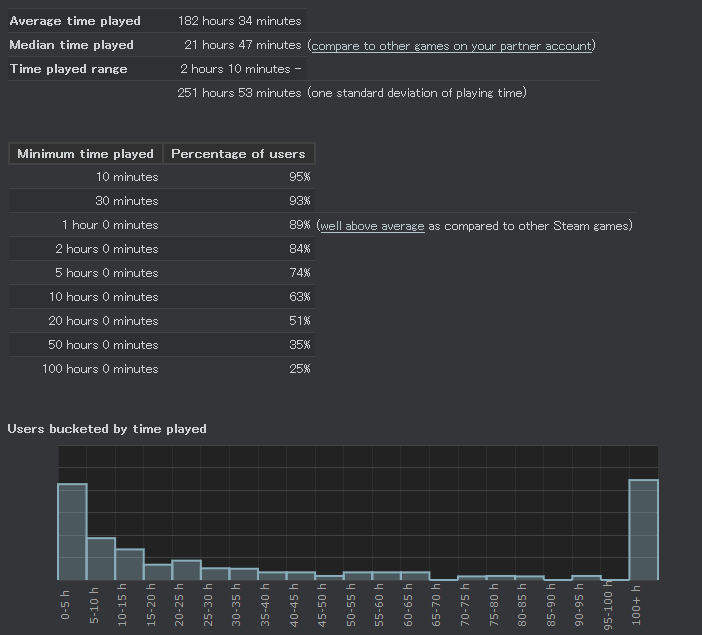 In the TacticalNexus series, The current average playing time is 182 hours.
Some players have played the game for more than 1000 hours.
On the other hand, the median is 21 hours and 47 minutes.

This data shows that the TacticalNexus series is causing a polarization between “greatly enthusiastic players” and “quick quit players”.
For this reason, a free trial version that can be played for tens of hours or more is released on the Steam store page.
Please play the free trial first so that you do not regret buying the game.
If you play 4 free trials and want to play yet, you will enjoy this game.

A hack & slash-style puzzle game with no random elements.
This game system is Inspired by “Tower of the Sorcerer”.
It is a very large-capacity game that is expected to play for more than 100 hours in one package.

This work is in chapter form, and there are several Stages in one chapter.
(However, there is no story in this game even though it is a chapter format)
If you perform well in one Stage, you can earn a “Nexus Medal” and “Sun stone(s)”.
The higher the “Nexus Medal” you have, the less difficult the difficulty of all stages.

You can play Chapter 1 and Chapter 2 in the package of the game itself, and after Chapter 3 will be sold as download content.
Until around May 2021, new chapters will be released in download content format every 2-3 months.
(Chapter is finally 10 chapters + 1 extra chapter)
As chapters progress, the difficulty and volume of each chapter increases.

For a while, game bug fixes and STEAM integration updates will be implemented in detail.
For this reason, we offer significant discounts as a campaign until all chapters are released.
Each time a chapter is published, the price increases by 5%.

“Extra systems planned”
Legacy system:
In Chapter 6 and later, a special item called “Legacy” will appear.
Legacy can only be picked up once per record (records picked up are saved).
Once picked up, the legacy effect can be activated by consuming a Sunstones at the beginning of the stage from chapter 6 onwards.

Mystic gate system:
In Chapter 6 and later, an item called “Mystic Gate [Stage Name]” will appear.
Each Mystic Gate can only be picked up once (the picked up record is saved).
Picking up Mystic Gate [x] will allow you to activate Legacy at the start of the game, even with stage name [x].
However, when Legacy is activated, enemy HP is tripled, attack and defense is 1.4 times, experience value is 1.25 times.
Instead of greatly increasing the difficulty of the game, you may get a lot of Sunstones.

Last Inflator system:
In Chapter 8 and later, an item called “Last Inflator [Stage Name]” will appear.
Each Last Inflator can only be picked up once (the picked up record is saved).
Picking up Last Inflator [x] will allow you to activate Legacy at the start of the game, even with stage name [x].
However, when Legacy is activated, enemy HP is 4 times, attack and defense is 1.5 times, experience value is 1.33 times.
Completely clearing the stage using the Last Inflator will earn you Legacy/Magic, which has extremely powerful effects.
(As for the Last Inflator, it tends to have a strong end-content meaning and somewhat disrupts the game balance.)

“Not only is each tower a puzzle contained unto itself, but there’s the added factor that when you improve your scores in the individual towers, you earn medals which can then be spent to make your character stronger in ANY of the towers, contributing to a “meta game”. So the idea is once you’ve gone through those twelve towers once and earned twelve medals, you can then go back and replay all of them to earn even BETTER medals, then go through them all again, so on and so forth, forever. (Some towers you can’t really “finish” until you come back with tons of medals. Ten medals in, and I still haven’t seen all of the tutorial tower.)”
https://steamcommunity.com/profiles/76561198002512132/recommended/1141290/

“There are currently 12 maps open, but what the creators say is that 1000 hours of play time are required to achieve the highest rating of any map. I also played about 100 hours in the trial version I received from the official site and didn’t even go near the top of the ratings, most achieved only a 1st or 2nd evaluation.(This description in parentheses is by the developer. At the time of the review, there was an event where you could play 12 games of the main package as a trial version)”
https://steamcommunity.com/profiles/76561197983380291/recommended/1141290/